Nowadays solar panels and hydroelectric dams are becoming common. The question is why? This is because gradually our focus is shifting from non-renewable sources of energy to renewable ones for the production of electricity. The benefits of renewable electricity are many and in this post, we are going to have a look at few of them.

The use of fossil fuels like coal and natural gas, the earth’s atmosphere is getting overloaded with carbon dioxide. Carbon dioxide, as one of the greenhouse gases, trap heat thereby causing a rise in the average temperature of the earth. This can cause a rise in sea levels flooding the low-lying areas, drought, and even extinction. Renewable sources, on the other hand, generate little to no carbon dioxide.

Improvement in the overall health of the people

By shifting our reliance from non-renewable sources of energy to the renewable ones for the production of electricity, we are drastically reducing air and water pollution thereby contributing towards the improvement in the overall health of the public. Air and water pollution are linked to several problems like breathing troubles, neurological disorders, heart attacks, cancer, and more. Wind, hydroelectric, and solar technologies generate electricity with no air pollution emissions at all. Moreover, in contrast to coal mining and natural gas drilling, wind and solar energy need no water to operate and hence don’t pollute water resources.

Renewable sources of energy are inexhaustible

As compared to the fossil-fuel industry, the industry of renewable sources of energy requires more labor thereby creating more jobs as compared to its traditional counterpart. It is needless to say over here that with a majority of the population of the world in the grip of unemployment, the creation of more jobs is a welcoming change. Both developed and developing nations can benefit from the economic advantages of using renewable sources of energy.

No surge in the prices of electricity

Electricity prices, due to an increase in demand, are on an all-time high and will increase even more as the demand will continue to grow. Moreover, the cost of running a power plant based on non-renewable energy is significantly higher as compared to renewable energy-based power plants. Though the initial investment is high in the case of renewable energy-based power plants, they operate at a very low cost, thereby showing great potential in stabilizing the rates of electricity. Even the cost of initial investment, as compared to the earlier prices, has dropped significantly and will continue to drop in the future.

A passionate blogger who has been around the blogging community for over 6+ years and still loves all things WordPress. I love to do building websites, writing content, and helping authors self-publish. Feel Free to reach out at Jennifer@GeneralQueen.com 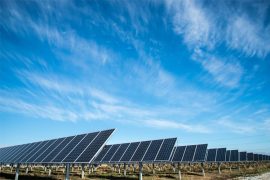 How To Choose The Best Software For Solar Sales 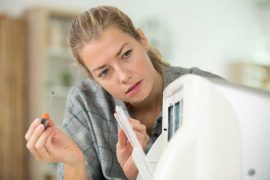 When Is The Right Time To Repair Your Air Conditioner? 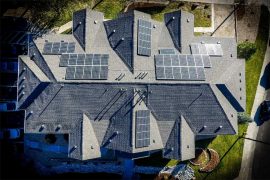 The Environmental Benefits of Switching to Solar Energy