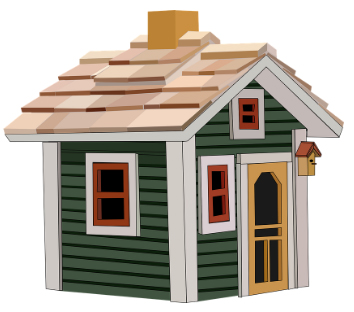 In the world of today, sustainability is quickly coming to an all-time high; and there’s a reason the “tiny home” movement is really taking off. Crunch the numbers for yourself. If you’re paying $500 a month for an apartment, you’re really paying $6,000 a year—and that doesn’t include your utilities.

If you can get a loan for $30,000 and build your 500 square-foot tiny home in the same month you purchase a 600 square-foot plot of land, then by the end of the first year without paying anything extra into the loan, you’ll have a fifth of it taken care of. If you add just $200 a month, you’ll have almost a third of that loan paid off within a year.

If you have a steady job, you can build your own home on land that you own and have it paid off within three years. You’re going to need an income of about $24,000 a year, which is $2,000 a month. If you can consolidate living and operating expenses to under $1,000, then put the rest toward your tiny home, it’ll take exactly 30 months to pay off—APR notwithstanding.

Still, it’s not without the realm of expectation to have the whole thing finished within three years’ time. If you’re 21, you can be an independent landowner by 24—all you’ve got to do is work a little harder, and be diligent to pay off the loan. (If you can save up $30k on your own, you don’t even have that problem.)

Doubling Down on Sustainability

Look on Amazon.com to get an idea for solar panel prices. You’re going to average between $100 and $200 for a 100-Watt, 1 meter by .5 meter panel. The thing is, installing a solar system on your property increases it’s value. Averages vary, but the increase is about threefold.

With a solar system, you can be entirely energy independent, and affordably. Additionally, this will increase the value of the tiny home you’ve built, and if the time comes, you can sell it. If you do, you’ll make more money than you spent on the thing—depending on realtors, of course.

The only monthly expense you’ll have in the utilities realm will be plumbing/water. If you can find land with an existing well, or build one yourself, you can get around even this. Then all that’s left is property tax. Move to a state with low property tax (like Hawaii), and you can take an extended vacation doing a bare minimum to survive, while remaining entirely sustainable.

According to Fidelity Steel, “prefabricated metal buildings are perfect for their ability to accommodate special needs.” Needs like a tiny home. Consider this P-model structure, which can be purchased in 14 or 30 foot widths.

It would fit a bevy of solar panels across its curvature. Additionally, the building could be constructed in such a way that the panels follow the sun’s trek across the sky, ensuring continuous energy absorption for nighttime storage. A 500 square-foot building like that could also accommodate several rooms very spaciously.

Finally, prefab buildings of this variety commonly cost anywhere from $16 to $20 per square foot, (between $8,000 and $10,000 for 500 feet); meaning they’re almost as cheap as the land they’re built on, in some places. If you want a sustainable tiny home that’s easy to afford and that quickly increases in value, this route has numbers specifying its effectiveness.

Kevin is an SEO marketeer with OutreachMama and Youth Noise who designs value-rich content aimed at increasing clientele for expanding businesses. Networking, building partnerships, and providing quality products with shareable value make this possible. He’s an author (Amphibian and The Thief and the Sacrifice to his credit) whose professional writing follows business trends in technology, marketing, SEO application, and much more.

How to Make Your Bedroom Look Cohesive

How to get blood out of your clothes?