Dallas is well known for its popular culture references like the hit TV show “Dallas,” and the iconic Dallas Cowboys and their cheerleaders. But there is more to Dallas than oil wells, Who Shot JR and football. The city also has a vibrant arts, music and cultural scene, and a range of culinary offerings that rival those of any major metropolitan area.

These factors would explain a lot of why Dallas was the fastest growing city in the United States as of 2017. The city gained more than 300,000 new residents between 2010 and 2016. Anyone considering becoming one of the thousands of new Dallas residents should consider the following circumstances as part of their decision-making process.

The Cost of Living Is Fairly Low

Wages in Dallas are decent as well. According to PayScale, the average annual salary in Dallas is $68,000. That’s comparable to the national average salary of $66,820 for workers in professional occupations. One reason behind the high average salary is the presence of so many corporate headquarters (and their generous management level salaries) in and around the city, including JC Penney, GameStop, Dr Pepper/Snapple Group, Frito Lay, Dave & Buster’s, Chili’s and Rolex.

The Housing Market Is Hot

Given the city’s rapid growth, it’s no surprise that the Dallas housing market it hot. According to Zillow, Dallas ranked seventh nationwide among housing markets in major metropolitan areas. One reason: housing is affordable, with the notable exception of Park Cities, a wealthy enclave north of the downtown area of the city where housing costs can easily top seven figures.

Dallas also boasts a variety of very different neighborhoods, including Central Dallas in the thick of nightlife, West Dallas for proximity to Interstate 30 and East Dallas for access to nature and White Rock Lake. Especially for new residents, obtaining short-term housing and placing the bulk of their possessions in storage units is a smart strategy while they scout out the various parts of town for that just-right house or apartment.

A Car Is a Must

The sheer size of the metro area makes a car an absolute necessity. Like many aspects of Texas, the physical footprint of Dallas is big. Dallas-Fort Worth Airport alone covers more land mass than Manhattan, and has the world’s largest parking lot.

While the central downtown area does have numerous, free D-link buses, that’s not the case in other areas of the city. And while traffic is not as bad as in places like Los Angeles, it can be a real challenge to get from Point A to Point B during rush hour or after a Cowboys game.

With all its assets and advantages, it’s easy to see why so many people are moving from other areas of the country to call Dallas home. Relatively high wages paired with a low cost of living mean that dollars stretch farther. And with so many corporate headquarters located in town, there are numerous opportunities for finding a new job. Dallas also boasts neighborhoods to suit outdoor enthusiasts, young professionals and established households with large incomes. The only potential downside is the necessity for a car — but that has hardly been a deal breaker for the hundreds of thousands of people flocking to Dallas. 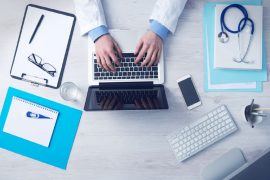 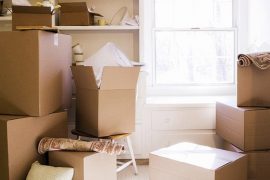