I don’t necessarily consider myself a handy, DIY type of person, but I got to experience some hands-on training not long ago. A while back, we rented a little house that was long over-due for repairs. Not only did the landlord inherit the place, he made sure he never spent a dime on fixing it either. We were a bit naive and figured we could handle small maintenance tasks and repairs. Little did we know that “small” repairs could turn into “bigger” repairs and cost a fortune.

At first, we enjoyed replacing the carpets and painting the walls knowing the landlord neither cared nor would pester us on our color choices. However, every time a visitor would approach the house, the first thing they’d say is, “You need a new roof.” After striking a deal with the landlord and footing a small portion of the bill, we got our new roof and were ready for the rainy-season.

As we worked on the landscaping, which was coming along well in the beginning, we knew our water bill would be a bit higher than just letting the weeds take over. What we couldn’t figure out, however, was why our bill was monumental! The water portion alone had gone from under $100 a month to over $200 a month. Something was amiss.

One rainy day, as I was standing in the kitchen, a torrent of water came streaming out of the cabinet in a corner of the room. I couldn’t believe it! I figured that our brand-new roof must have sprung a leak. As I searched for the culprit, I realized it wasn’t coming from the roof, it was coming from the adjoining bathroom while Mr. LH was taking a shower. Ahh! The pipe behind the shower was leaking gallons of water and destroying the plaster in the meantime.

I immediately ran to the bathroom and told Mr. LH to get out and turn off the dang water! He and I realized that the only way to fix the shower, was to rip open the plaster wall. Now, most shower leak repairs should be handled by a respectable plumber. Lucky for us, there are several Long Beach plumbers that are more than capable. However, given the fact that we had just spent a pretty penny helping to replace the roof, we decided to go ahead and fix the shower leak ourselves.

Thankfully, the leaking was remedied by using a sealant that was still holding when we moved a few years later.

Our water bill was still high, which we attributed to another leak under the house that we didn’t attempt to fix, but we cut back on watering the lawn, made sure the toilets weren’t running incessantly, and limited the amount of time we spent in the shower.

Water is a precious resource and DIY plumbing can be disasterous, but sometimes you can save money and do it yourself. 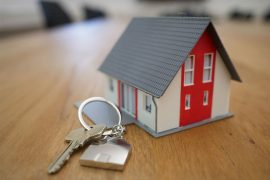