Foreclosed homes can offer a great buying opportunity for those looking to get involved in homeownership, especially when it comes to first-time buyers. These homes are typically sold at a steep discount and come as-is, which means the buyer does assume some risks. There are a few legal differences between buying a regular home and one that has been foreclosed on, too. There’s no guarantee that a foreclosed home can later be resold for a profit. That being said, foreclosed homes are a prime opportunity for anyone who understands these risks going in. We analyzed the foreclosure market across fifty states by looking at foreclosure rates, the percentage of delinquent mortgages, and the population and housing stock. Here’s a peek at the top ten states for buying foreclosed homes.

A quick analysis of the market shows that the coastal states tend to appear towards the top of the list. Florida, Oregon, Massachusetts, Georgia, and South Carolina are all states with plenty of foreclosure opportunities. Another option for finding the best state to buy a foreclosed home is looking at states with high retiree rates. Many states that appear at the top of the list are where retired workers are moving. Florida, Arizona, South Carolina, Oregon, Georgia, and Nevada round out that aspect of the market.

Here are the top ten states for buying foreclosed homes:

Florida is any home buyer’s best bet when it comes to buying foreclosed properties. The state has the highest foreclosure rate in the country at 7.9%. A look at the mortgage debt delinquency rates shows that 4% of homes are delinquent past 90 days, which means a foreclosure is due. Home values in Florida continue to rise, jumping 20% over the last five years.

Nevada is second just behind Florida with a 3.1% foreclosure rate. That’s not as high as the 9.1% rate we saw in December 2010, but it is still significant. Population analysis estimates believe that Nevada has outgrown the housing stock growth by around 4%. In the past five years, median home values within the state have risen more than 40%, giving Nevada its second slot on the list. Only North Dakota has a higher rise in home value.

It may seem odd to find Hawaii at the top of this list, but it deserves the third spot based on an analysis of four different metrics. Hawaii’s foreclosure rate in 2014 was 5.8%, but the lengthy process for handling foreclosures in the state makes it less favorable than both Florida and Nevada. Analysts discovered that it takes about 220 days to close on a foreclosure in Hawaii fully.

Maryland earns its spot as the fourth best state on this list because it has very high delinquent mortgage rates. However, the state is very lenient when it comes to processing a foreclosure. Data suggests the average foreclosure is completed in Maryland in just 46 days.

Texas is experiencing plenty of growth around Austin and other metropolitan areas, which makes it a prime state for foreclosure hunters. The state has a low foreclosure rate of around 1%, but it has some of the laxest laws surrounding foreclosures. According to analyst estimates, the process only takes about 27 days in the state. Home values have risen 20% in the last five years, which means Texas could be a good option for finding foreclosed homes.

Population growth in Massachusetts has exceeded housing growth by around 2%, suggesting that the housing market is ripe for the picking. The foreclosure rate in the state is only 2%, but it is one of the best states to live in and raise kids thanks to its education system.

Arizona’s median home values have risen more than 26% in the last five years, and that number is expected to keep rising. Population growth for the state outpaced new homes by more than 3%, making Arizona a great place to invest in real estate. Property-hungry retirees have been moving to the state, driving up prices. Foreclosure rates in Arizona are very low, however, sitting below 1%.

Oregon finds itself in the same position as Arizona as wealthy Californians, and Washingtonians move to the state and buy property. Home values have appreciated by 13% over the last three years, and the foreclosure rate sits at around 2.7%. That makes Oregon a better opportunity than Arizona, but the less than stellar winter weather makes us place it lower on the list.

Georgia is experiencing a population boom around the Atlanta area as movie production and technology are moving into the state. Georgia has the second fastest foreclosure closing process in the United States at 32 days, second only to Texas. The technology boom in the state has caused a rise in home values, too.

South Carolina falls short behind Oregon and Georgia because the state’s closing process is closer to Hawaii. The closure process can last upwards of 150 days. Despite that, South Carolina is another state that is growing thanks to the booming tech industry migrating to cities like Columbia. Median home values in the state have risen by 9.26% in the last five years.

As you can see, coastal states and southern states tend to make up the top ten best foreclosure friendly states in the US. If you were hoping to find California and Los Angeles foreclosures on this list, the state might soon find its way on this list. According to a recent study carried out by ATTOM Data Solutions, the foreclosure stats in California increased 3% compared to last year. The Los Angeles area, in particular, was up 20%. Houston, Texas was another big city with a jump in foreclosure rates, up 76%. Lending standards for the housing industry have introduced a new level of risk in the housing market. Some foreclosures have been triggered by massive events like the California wildfires and large-scale layoffs. These types of events are likely to continue in the future and so foreclosure rates in California may rise.

A passionate blogger who has been around the blogging community for over 6+ years and still love all things Wordpress. I love to do building websites, writing content, and helping authors self-publish. 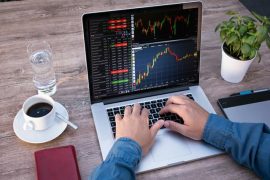 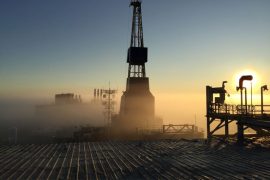 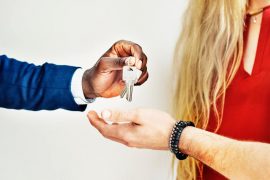 What to Look for in a Property Management Company