A very common situation often befalls homeowners when different weather events lurk over the horizon. Drought hits often, and snow is a pain, but a more devious problem for people everywhere is that of far too much water.

If there’s water everywhere, flooding and structural degradation are sure to follow. If you’re a homeowner, you need to make sure your home is waterproofed at every level. Basements are a luxury, but a flooded basement turns that luxury into a very painful time.

There are plenty of people who claim beyond a shadow of a doubt that they know what they’re doing regarding waterproofing, there are hundreds of warning signs for people who only want to do services you don’t need.

It goes without saying but be suspicious of any claim made! Here are some tips for choosing the proper waterproofing contractor for your needs.

This should go without saying but for any home service you are the one who must deal with the consequences of someone messing something up.

It could be anything, but all contractors that are both legitimate and skilled do things right the first time. Read reviews, compare rates, and see if they’re who they say they are.

Be aware that sometimes the people who are willing to do jobs for cheap aren’t always the best candidates for the job. But this can go in reverse, as salesmen will make any horribly expensive job sound both justified and required for your safety.

Sometimes the former is true, sometimes the latter is true (especially if your home is old), but this is mostly independent of whether the contractor is legitimate.

Most countries have some form of the absolute minimum required for a business to engage in a home service like waterproofing.

Check to make sure your choices are actually qualified to engage in whatever service they claim to know about. In the United States, this takes the form of BHA certification but oftentimes, this depends heavily on the location.

A waterproofer with superior standards will often have these certifications, awards, and customer testimonies displayed proudly on a website or brochure.

For the most part, the biggest aspect of trustworthiness is anonymous reviews left on websites like google. Be skeptical of these reviews but an overall feeling from customers shouldn’t be hard to gauge from their reviews.

Ask for Specifics, Call Them Back

Many waterproofing  Contractor send a technician first who will do an inspection and then give you a quote. Don’t agree to anything immediately, though the prospect of rains can make any basement issue a priority.

Read the contracts, look over the quote, and try to gauge how much of it is actually necessary. Even if you think they’re legitimate, ask to call them back with a decision.

This gives you plenty of time to separate yourself from your emotions (flooded basements can be a stressful thing!) and do some research into both the company and what services they think are necessary.

They should be completely honest with you if they are properly trained and from a reputable background, but if they aren’t it perhaps goes without saying that a polite no is your best option.

There is a plethora of online resources for most countries that go over standards and acceptable services for issues that are specific to any region. Click here for a summary of the standards for South Africa that goes over an absolutely massive number of ways to waterproof roofs and prevent basement flooding.

Make Sure Your Issue Is Clear

In the case of a flooded basement specifically, issues can be muddied down in furniture and heirlooms that make the problem genuinely hard to identify.

Anything you think would be both in the way and easy to break you should move before anyone looks at anything.

They normally are there to solve a specific problem and usually, the cause of a flooded basement is fairly clear (a line of water from a specific leak).

But if the technician cannot do their job properly they should ask you for permission to do things like move furniture or shelves to see where there are issues.

Both you and the contractor should be communicative regarding anything they need to do. Don’t follow them around, but at the very least describe things thoroughly and be available while they’re doing their job.

Don’t trust the first contractor no matter how strikingly perfect their record is or how nice they speak when selling you something.

Get a quote, then let them leave and get another quote. If there is a huge difference between the two numbers, you should be suspicious of the higher number.

There is a tendency among novice contractors and even scams to make you pay the highest amount possible for the safest possible basement.

Though a huge bill is sometimes a necessity, the person talking to you should have to justify each and every piece of work they want to do. Ask to see specifics.

If they see a crack in your foundation (or other mostly invisible sign) you have them walk to that crack and point it out.

Give it a thorough inspection yourself, if it seems surface-level be suspicious. This is only an example, of course, but remember that they are trying to sell you something.

Sometimes companies have multiple people that can provide quotes. If the company is trustworthy this is worth doing. If you’re in the Durbanville area, here’s one such company for waterproofing:

https://npccape.co.za/services/waterproofing/waterproofing-contractors-durbanville. Sometimes a mistake is a mistake, and if that person is a genuine novice be forgiving.

They should be honest if they don’t know something, and willing to call someone for either advice or another quote.

Be suspicious but remember everyone in a service transaction is human, mistakes happen and an otherwise stellar record can point toward a great company with just one person who didn’t know what was going on. Be suspicious, be safe, and your basement will be dry before you know it! 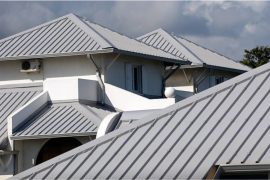 Choosing Between Asphalt Shingles and Metal Roofing for Residential Homes

How Much Does a Mold Removal to Cost your Pocket? 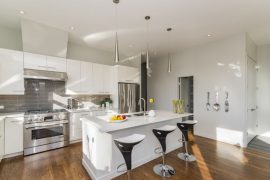