It’s most probably going to be the most expensive thing that you ever buy. Unfortunately, in and amongst the huge cost of buying your property, there are all sorts of other considerations to take into account as you weigh up a move to the UK.

Today’s article is all about diving into some of these details. We’ll now take a look at three areas that you must stay on top of to make sure you are making a move that is compatible with both your pocket and your lifestyle.

As the media are fully aware and keep reporting, there is something of a great divide in the UK. While the government is attempting to ‘balance out the country, you will find that properties in the south tend to be significantly more expensive than those in other regions.

It doesn’t just stop at a country-level as well. The divide in some cities can be significant, although if you are a newcomer to an area, there are now plenty of resources that can help you sniff out the good and bad neighborhoods. One of the most popular that falls into this category is this website based on crime rates.

Beware of the hidden fees

Of course, this is going to vary from house move to house move. For example, if you are moving from Scotland to the Midlands, it stands to reason that you might have extra costs such as a Birmingham storage facility.
However, there are some that will crop up for each and every house move. Removal fees are one, as is mail redirection, the cost of solicitors, surveyors, and even estate agents.

Some people will even have tens of thousands of extra costs through the likes of stamp duty. While there might be a ‘break’ on this tax at the moment, it’s not something that is going to last indefinitely, and it’s areas like these that need to be looked at before you consider your final budget for your next home.

It’s not just about moving fees

Following on from the previous point, we should highlight that it’s not just about the classic moving fees. Some properties will also inherit various ongoing costs, with council tax being a classic example.
There are all sorts of interesting resources on this topic, detailing some of the most expensive areas in the country. It’s worth noting that some of these costs aren’t necessarily obvious. For example, while the East Midlands might not be one of the more expensive areas to live in the country, it still has the highest council tax fees (£2,125 in some places within it).

In addition to council tax, some properties might have grounds maintenance costs. While these were once regarded as communal areas in apartments and so on, they have now expanded to common green areas on a lot of newer estates. These are, again, worth keeping an eye on.

Kamal is an SEO strategist with a keen interest in technology. He loves to know about all things related to Lifestyle & Personal Finance. 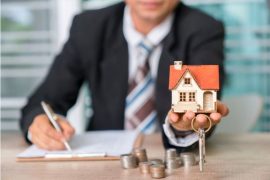 Tips For Selling Your Property: What You Need To Know 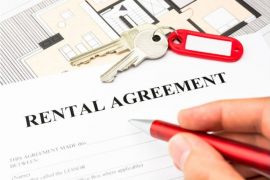