In an earlier post within this series, I narrowed down my city choices to a handful of locations near central and northern California. For a refresher, I live in Los Angeles county and really need a change of scenery after 35 years. I’m also trying to select cities that are slightly less expensive than where I currently live. Since my husband is self-employed and I am in a position where I can move, I think relocating within the next 2-3 years is possible.

One of the cities I had researched was the Atascedero/Paso Robles area just 18 miles north of San Luis Obispo. My husband was a bit hesitant about visiting Paso Robles; he immediately pictured some small, dying town out in the middle of no where. We were both pleasantly surprised.

The biggest benefit with Paso Robles is that there are so many cities surrounding the area, including the larger San Luis Obispo, a bustling college town. Not only is the historic downtown area of Paso Robles adorable and well-maintained, the small town seems to be growing as well.

I’m a total sucker for historic architecture and the town is full of Victorian-era homes and office buildings. The idyllic setting surrounded by vineyards and rolling hills is exactly the image I picture in my head when I think about where I want to live for the next 35 years of my life.

A few of their streets also had bike lanes, a definite plus. Yet, I didn’t see many people bicycling. This doesn’t deter me from setting an example for others, though. I cycle in my community where there are hardly any bike lanes and am just fine doing so.

Another benefit of Paso Robles is that is it exactly the mid-point between Los Angeles and San Francisco off the 101 highway; something I didn’t think about when selecting this area, but ends up being a happy-accident. This would mean that within a 3-hour drive, north or south, I could be in a larger metro area.

The cost of living is just slightly less than where I live. Using Zillow.com as my housing indicator, there are several homes below $300,000, which means we could actually afford to purchase a house. Rent is also less expensive.

Since the climate is almost identical to where I currently live, I’m accustomed to their warmer summers – even if that means a week or so of 100-degree heat.

One down-side is that the adorable Victorian homes that I fell in love with are in the $400K range – too expensive for me at this point. But who knows? Maybe by the time I move, my income will have increased. Or maybe I’ll luck out on a fixer-upper for less.

The only other problem I foresee is the job market. As a teacher, there aren’t many jobs anywhere in California, including the Paso Robles/San Luis Obispo area. If predictions are correct, jobs will open up in 2-5 years as the baby-boomers retire. One down-side of a strictly tenured profession – having to wait in line for jobs.

I’m looking forward to another visit to Paso Robles later in the summer. Will I visit the other cities I had researched, like Concord or Roseville? I won’t know until I have a better feel for Paso.

Want to read my series? Check out my series posts page.

moving to a new citypaso robles
0 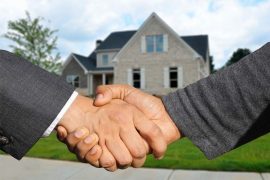 What Questions Should You Definitely Ask Before You Buy a Home?

Why is My Swamp Cooler Not Blowing Cold Air?